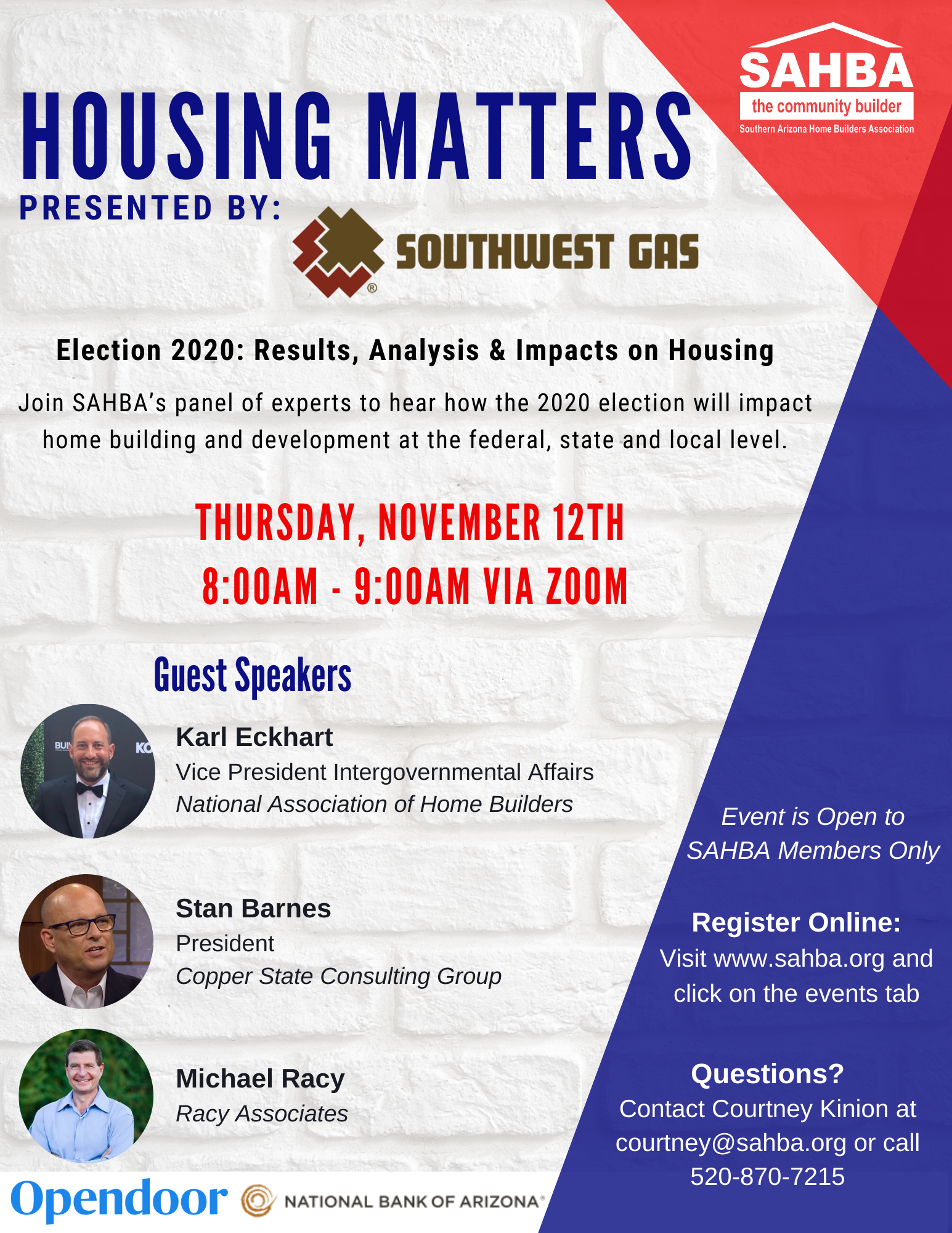 Eckhart has enjoyed a career in all aspects of government relations including service in the U.S. Senate, political campaigns, and various lobbying efforts.

In 2006 Eckhart completed a Master of Arts degree in public policy at George Mason University. In 2011 he published a grassroots campaign guide titled “Fifty Percent + One: The Fundamentals of Running a Successful Campaign”.  He enjoys traveling, scuba diving, and seeing his family in the Midwest.

Stan Barnes is President of Copper State Consulting Group.
Copper State is a full service political consulting and public affairs firm founded in 1997 by Stan when he retired from service as a member of the Arizona Legislature. The firm is comprised of four professionals that lobby the Arizona Legislature, manage difficult issues, understand complex energy, land, and water regulatory policy, engage the media, and act as strategic advisor to clients.

For the past 30 years, Stan has been involved in every facet of Arizona governance and media and is viewed as a seasoned and well-reputed veteran of Arizona politics. A fourth generation native Arizonan, Stan was raised on a family cotton farm in Pinal County, and in 1988 was elected to the Arizona State House at the age of 27. After serving two terms, Stan was elected to the State Senate, where he served as Chairman of the Government Reform Committee and participated in a delegation of elected state leaders from the United States on a diplomatic tour of Australia. Stan is a highly regarded political commentator, appearing regularly on television and radio news programs, and is cited frequently in local and national publications.

Recently, Campaigns and Elections Magazine, a respected industry publication serving elected officials and consultants nationwide, named Stan Barnes as one of the 5 most influential Republican consultants in the State of Arizona.

Michael Racy heads the lobbying and government relations firm of Racy Associates, Inc., a Tucson based public policy and government relations firm representing private and public clients before all levels of government. Mr. Racy has over 30 years’ experience in the government relations field and represents a broad range of southern Arizona based businesses and public entities as well as numerous state and national corporations  and  associations. In front of the Arizona State Legislature, Mr. Racy and his firm has been the primary lobbyist on a diverse range of issues including redistribution of sales and gas tax, transportation, business taxation, aviation, budget and many others.

Zoom Meeting
Register in advance for this meeting: RSVP HERE
After registering, you will receive a confirmation email containing information about joining the meeting.